Latest:
7 Reasons Why So Many People Are Switching Their Dogs To A Raw Diet Is Bath and Body Works Dog Friendly? 8 Questions to Ask Yourself When Adopting a Dog How could they live in that situation all this time, I had a lot of respect for them

Recently, Hope for Paws (a non-profit animal rescue) received word of a dog who’d been abandoned on the streets with nothing. JoAnn and Katie set out to help. When they arrived on scene they saw the Chihuahua sitting on the side of the road next to a torn-up cardboard box waiting for its only human friends. The pup didn’t trust anyone—with the exception of people that had food. 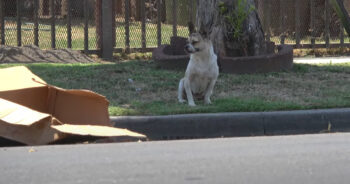 JoAnn pulled out her cheeseburger and lured the girl over to her. She then set up an easy noose trap to secure the little dog for good. After speaking with one of the neighbors who had been feeding the dog for a week, they found out he’d named it Frijoles! 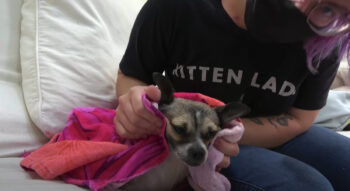 The rescue team was able to take her to the nearest animal hospital to be cleaned up and get a full medical checkup.

Watch this heartwarming rescue below and be sure to SHARE this with a fellow friend or family member!

This article was originally published by Iheartdogs.com. Read the original article here.
Previous Post Dog Breeds That Don’t Shed (Much)
Next Post How to relieve emotional stress — in you and your dog

8 Questions to Ask Yourself When Adopting a Dog

Commercial pet food is supposed to be nutritionally complete and balanced, right? We’re not so sure, but your pup…

8 Questions to Ask Yourself When Adopting a Dog

How could they live in that situation all this time, I had a lot of respect for them